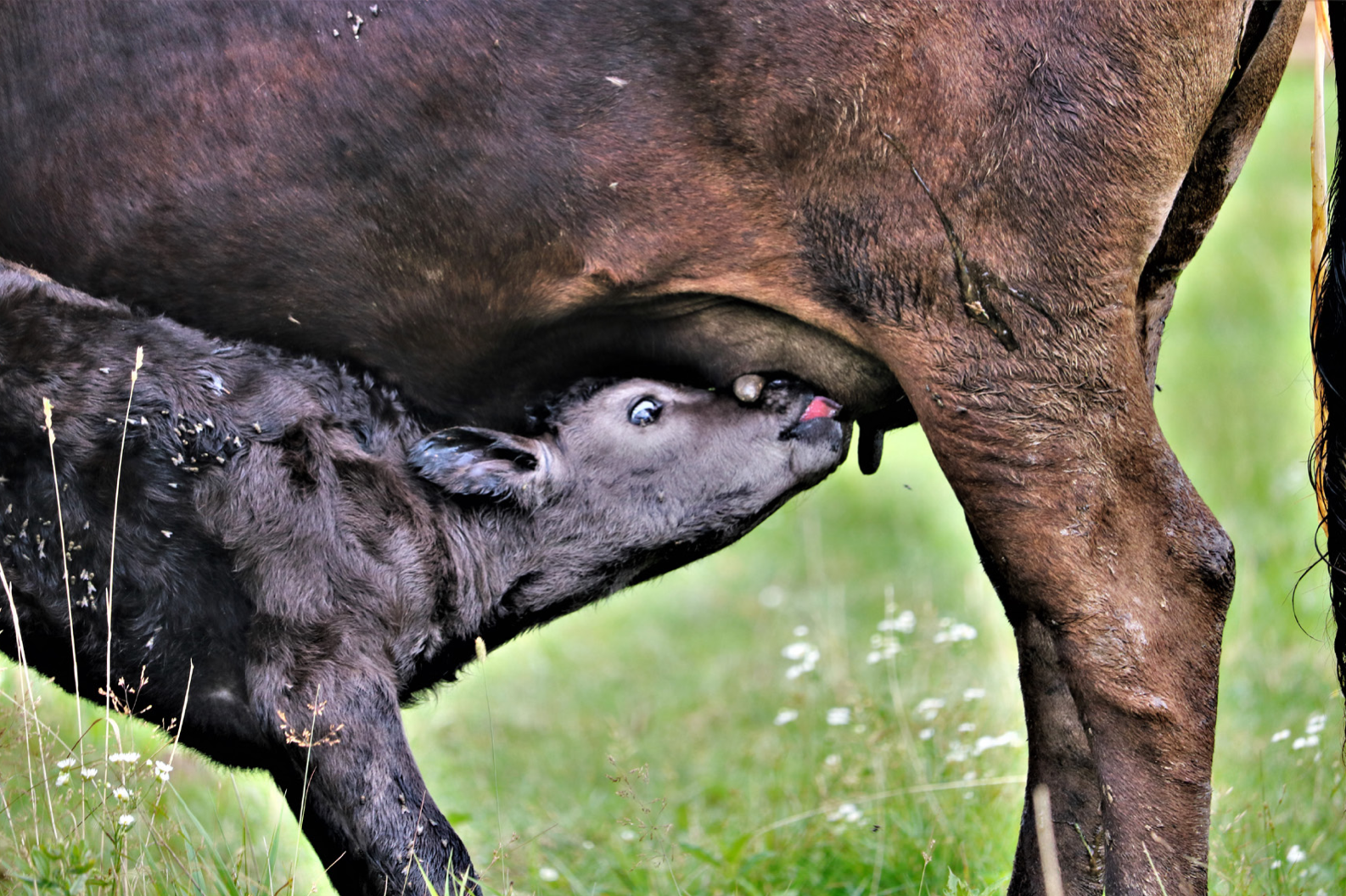 Newborn calves require careful attention upon birth to ensure they are set on a positive trajectory of health as they begin to grow and mature. At birth, a calf’s immune system is almost non-existent. As a result, passive transfer of immunity is a critical aspect of newborn health. This is the process of the newborn calf receiving adequate absorption of immunoglobulins (Ig) within the first few hours of life. Failure of passive immunity transfer (i.e. the calf does not drink enough colostrum) leads to increased risk of disease and mortality. 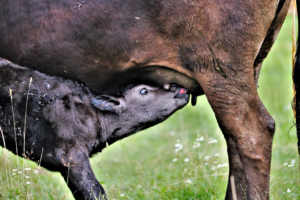 The feeding of high quality colostrum plays a major role in providing Ig to newborn calves to build antibodies within their immune system. “High quality” colostrum is defined as having a minimum of 50g of Ig/L and can be measured using a colostrometer. Best practice is to feed 2-3 liters of colostrum to newborn calves as soon as possible after birth. However, when that is not possible, calves should receive at least two feedings of colostrum within 12 hours of birth, each totaling 2-3 liters. This is important because absorption of large Ig proteins across the intestinal epithelium greatly diminishes after 24 hours of life.

Ig has the greatest potential for absorption at birth because the newborn calf’s digestive system is not yet fully functional. Upon oral consumption, colostrum enters the calf’s small intestine where Ig moves across the intestinal epithelium through pinocytosis. Pinocytosis refers to the process of Ig proteins being transported through the cell and into the lymphatics, and finally into the blood stream. After 24 hours, gut closure occurs because of the small intestine starting to develop. This triggers an increase in intestinal cell turnover, an increase in abomasal acidity, the development of intestinal secretion, and the appearance of intra-epithelial digestive vacuoles, which all effect the ability of Ig being absorbed. If the window of opportunity passes for a newborn calf to receive Ig through high quality colostrum, this results in failure of passive immunity transfer and the newborn calf has greater susceptibility to contracting disease.

Not all Ig is created equal as it comes from cows who live in varying environments and have been exposed to differing pathogens. As a result, the type of antibodies that are passed on to the newborn calf will differ. It is important that cows are receiving the proper vaccinations prior to freshening because the antibodies that are passed on to their newborns by way of the colostrum result directly from those vaccinations. Body condition is also another factor that influences the quality of colostrum that is produced. In cases where colostrum is of poor quality, supplements such as frozen colostrum or a commercial colostrum product may need to be utilized.

No matter what type of colostrum is being fed (fresh, frozen, or commercial), it is important to remember that it should be given as close to birth as possible. Providing colostrum is the first line of defense to protecting newborn calves from harmful pathogens until their immune system is fully developed and producing antibodies on its own. Without passive immunity transfer, the newborn calf has increased risk of illness and/or mortality.