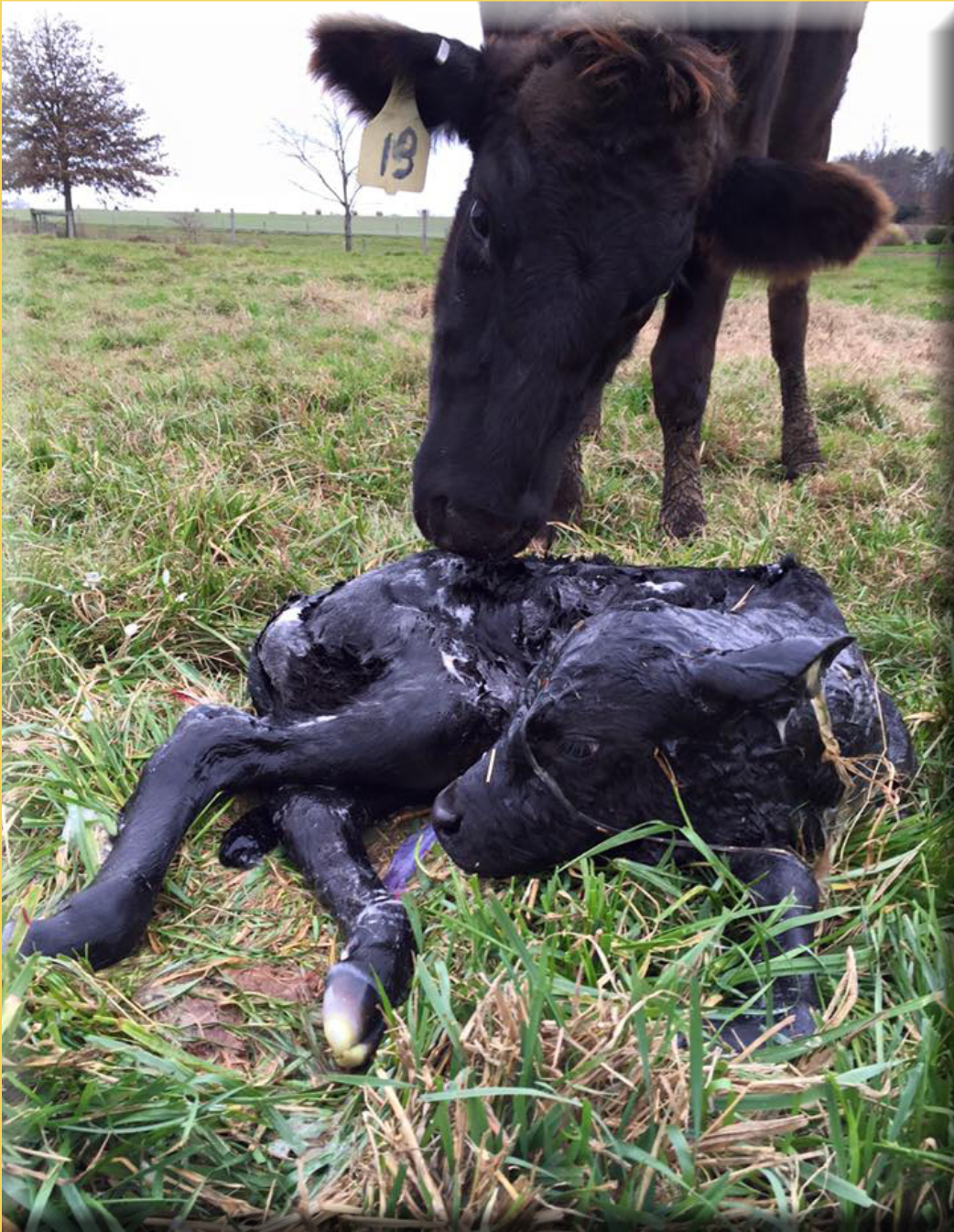 If you find yourself working with calves, then you probably have experienced a case or two of calf diarrhea, or scours. Newborn calves are especially vulnerable to calf scours during the first 28 days of their life. Scours, however, is simply a symptom of an underlying bacteria, virus, or parasite that the calf has contracted. Calves suffering from scours can become severely sick in a short matter of time, though it’s not from the scours. Instead, dehydration, electrolyte depletion, and acid-base imbalance are the true cause for the calf’s deterioration.

A myriad of reasons contribute to a calf contracting disease that leads to scours. Colostrum plays an important role in protecting calves from harmful pathogens, when that milk is of poor quality or a calf does not receive enough it compromises the calf’s immune system. In addition, if no routine has been established for feeding calves and they over-consume milk, this may create a perfect environment for bacteria to thrive in, ultimately causing severe scours. Some other factors that lead to scours include difficult calving, poor sanitation, cold and wet weather, and overcrowding in calving areas. 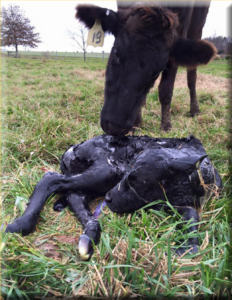 Depending on the cause of scours, onset can commonly occur a few hours after birth up to the first month to six weeks of a calf’s life. Some clinical signs to keep a watchful eye out for include diarrhea that may contain blood or mucus, dehydration, weight loss, weakness, poor growth, rough hair coat, and in worst case scenarios death(caused by dehydration) 12-48 hours after the onset of scours.

The table included on the next page outlines common signs and symptoms associated with certain bacteria, viruses, or parasites that calves are susceptible to contracting.

Prevention of disease is the best method for fighting scours. Some efforts that can be made to avoid the onset of these diseases include insuring that newborns get a healthy dose of colostrum at birth, in addition to vaccinating bred cows before they freshen for E. Coli, rotavirus, coronavirus, and Clostridium perfringens. Environmental factors play a large part in young animals contracting disease that can lead to scours. Housing conditions of freshening females and newborn calves should remain dry and clean at all times. This also includes sanitizing equipment that comes into contact with newborn calves after each use to prevent spreading of infectious agents. Preventing stressors, like that of overcrowding, for newborn calves will also decrease the chances of contracting disease. It’s best practice to avoid co-mingling and isolate ill animals to assure they are getting the treatment they need and to prevent disease from spreading. Housing newborns independently also allows for producers to assure they are eating properly and maintaining good nutrition which helps prevent disease. 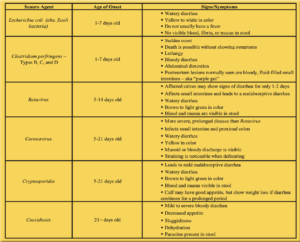 For calves which are identified to be experiencing scours, there are treatment recommendations to adhere to. If dehydration is of concern, correct any fluid deficits with oral or intravenous fluids. In addition, for electrolyte imbalances, electrolyte powders can be added to oral solutions. Nutritional support should be provided as young calves have little energy reserves in a diseased state. Oral or intravenous fluids containing glucose or dextrose supplements can be administered to restore energy. For some types of infections, a broad-spectrum antibiotic may be needed. If you are unsure how to treat the symptoms you are observing, be sure to consult with your trusted veterinarian. He or she will know what diseases may be prevalent in your area and will be able to provide additional guidance for treatment.